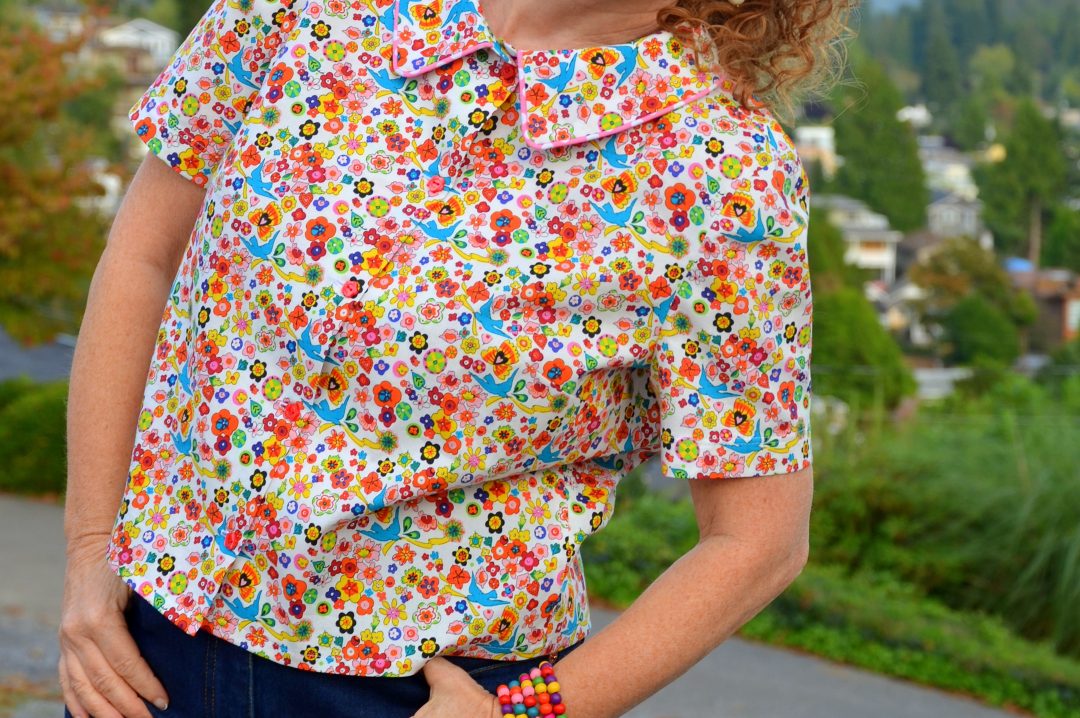 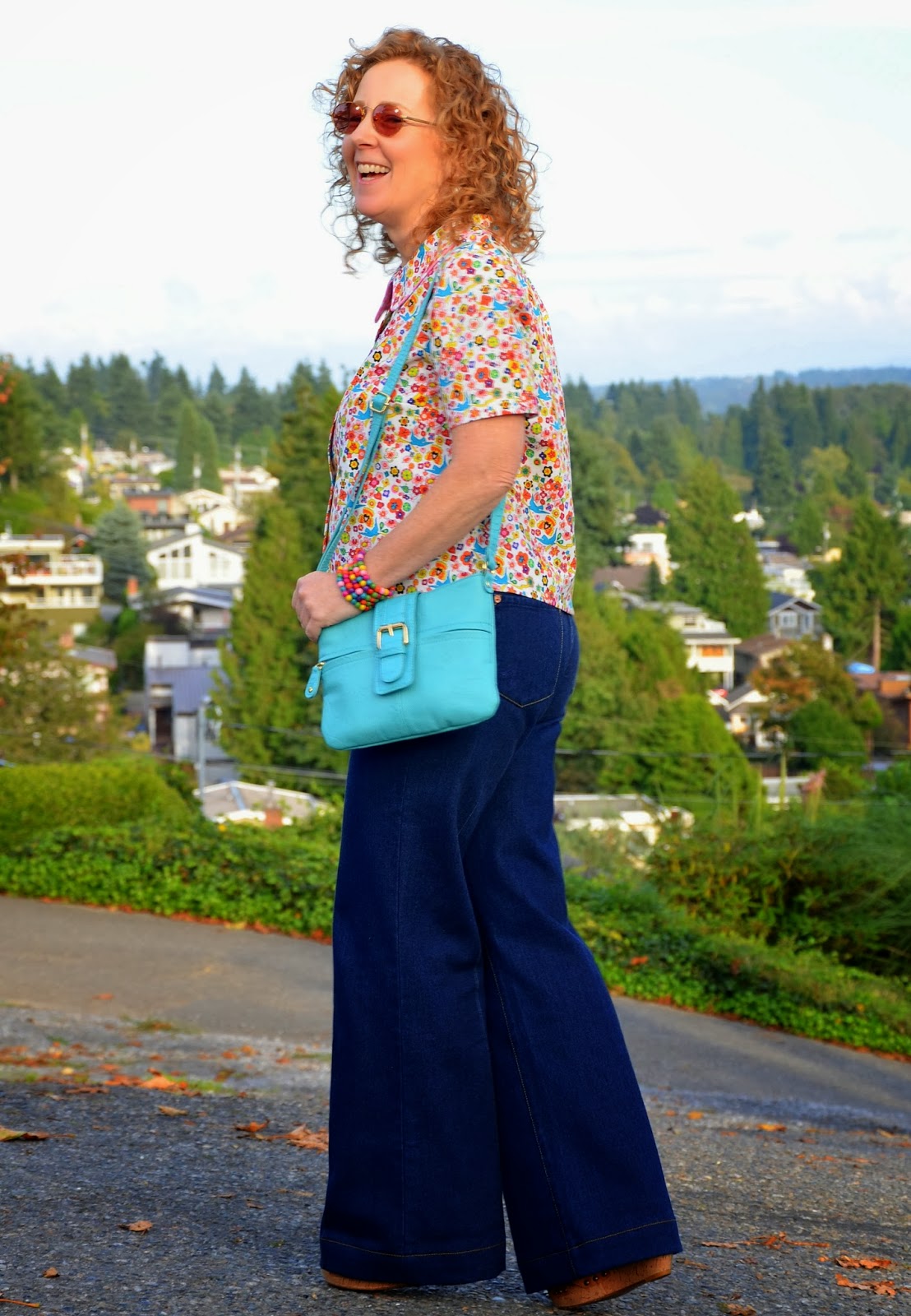 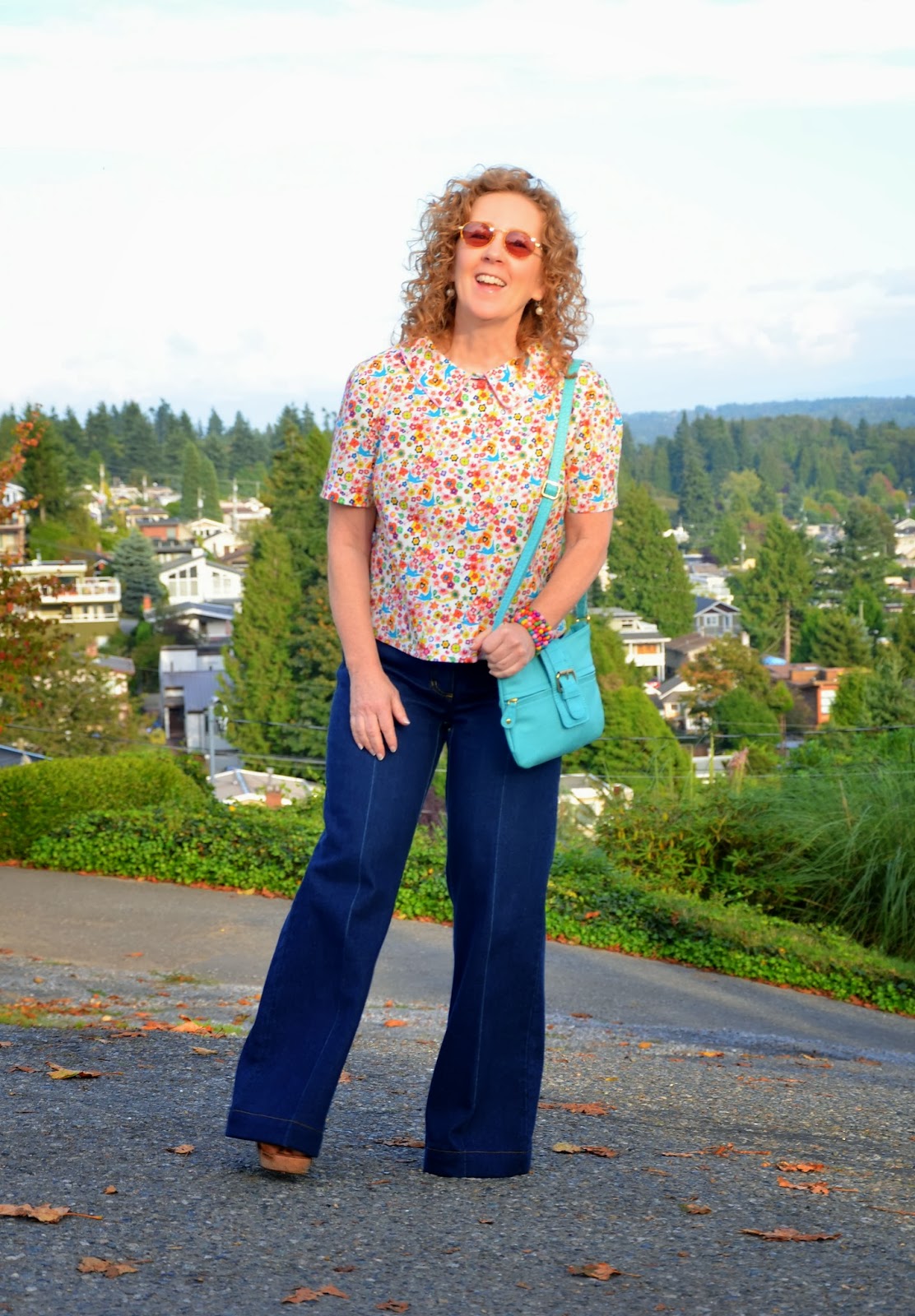 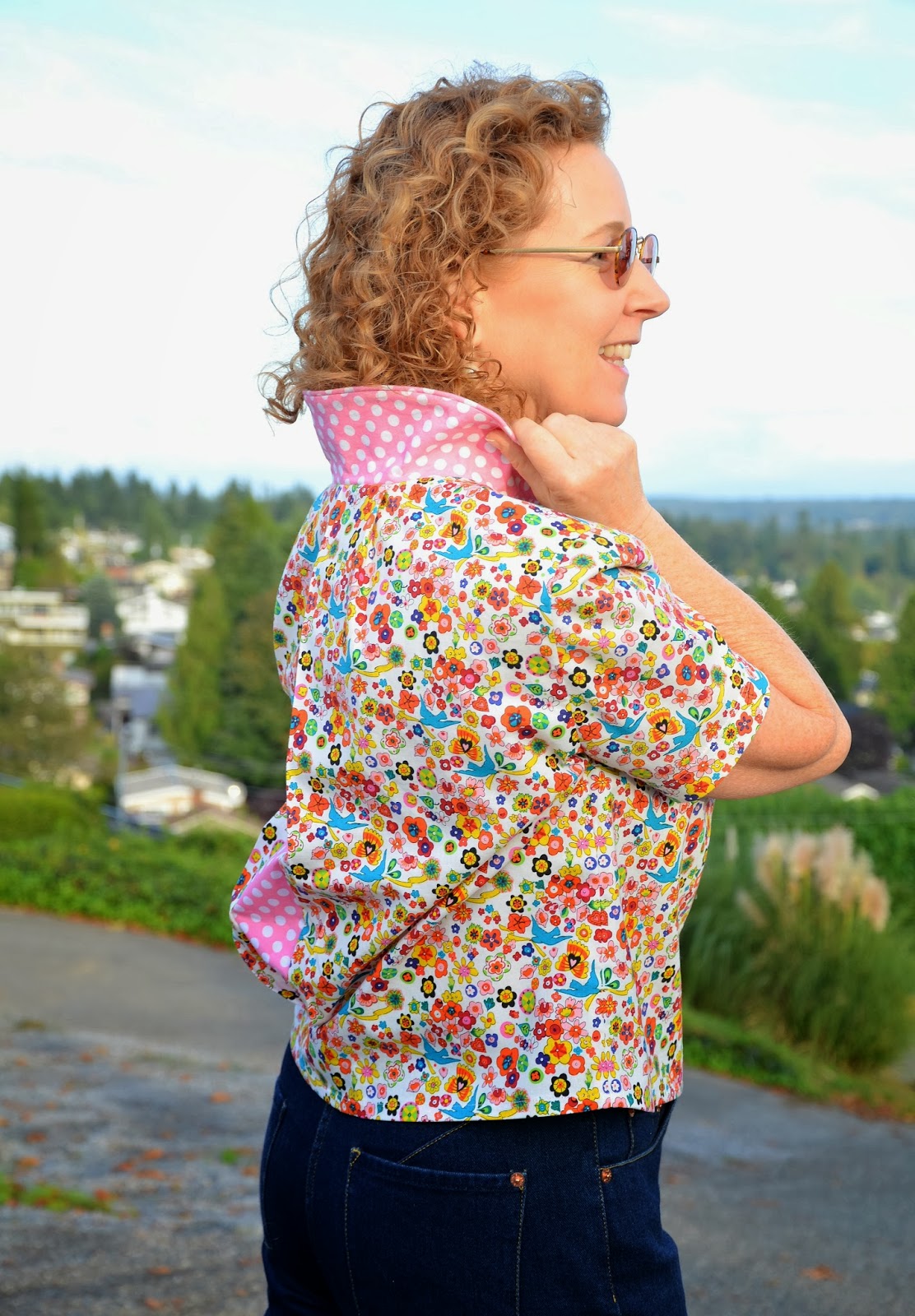 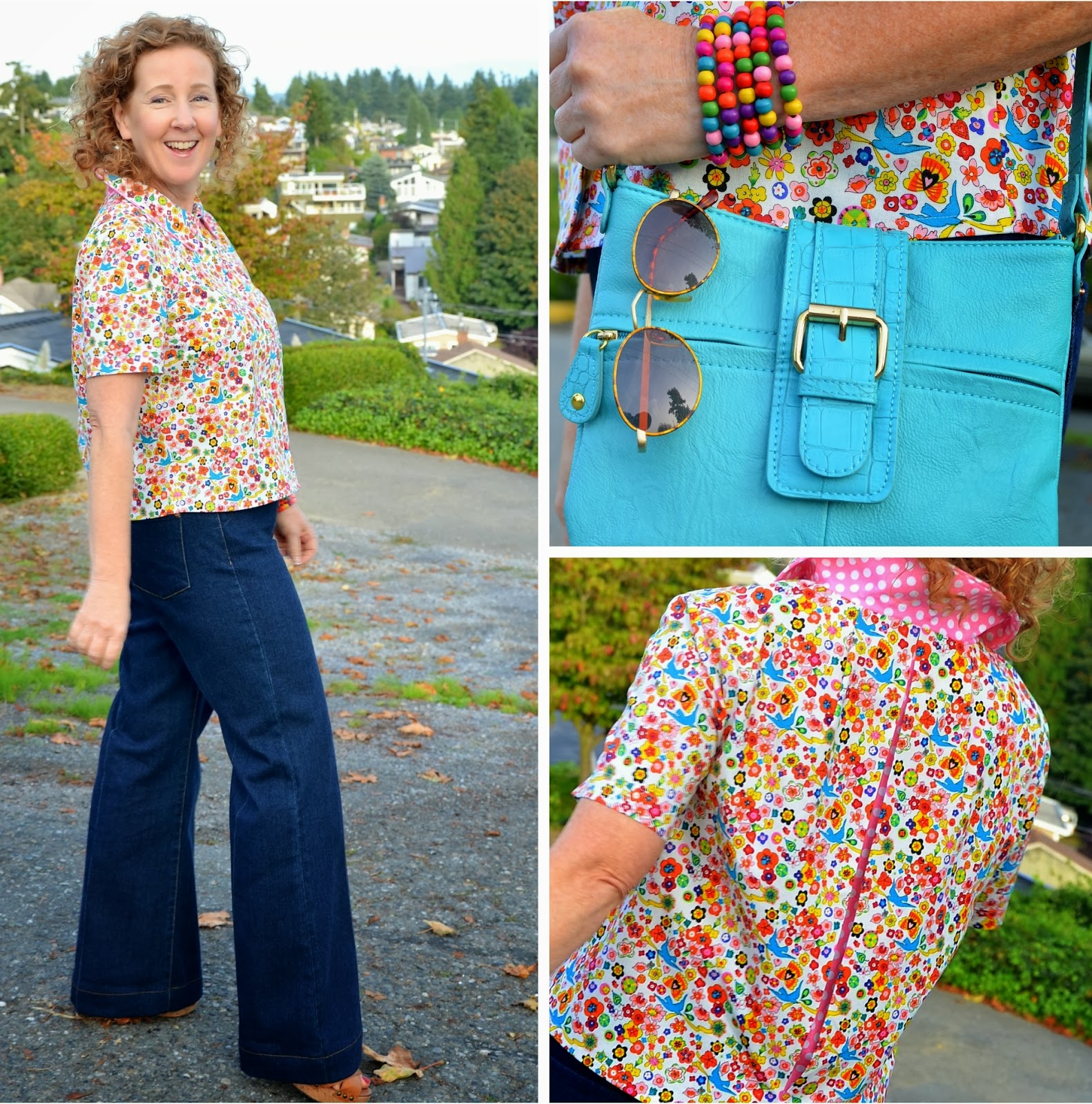 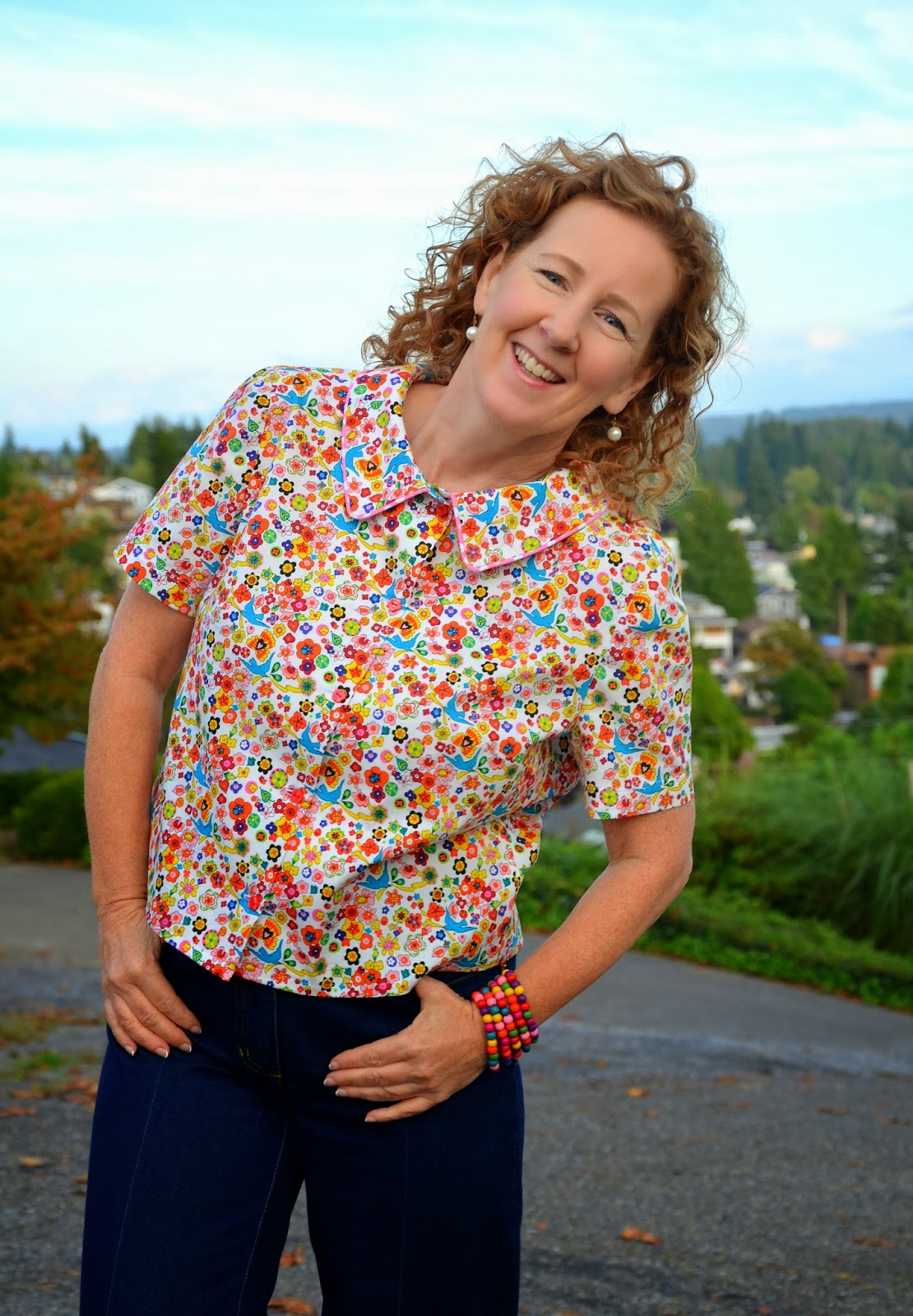 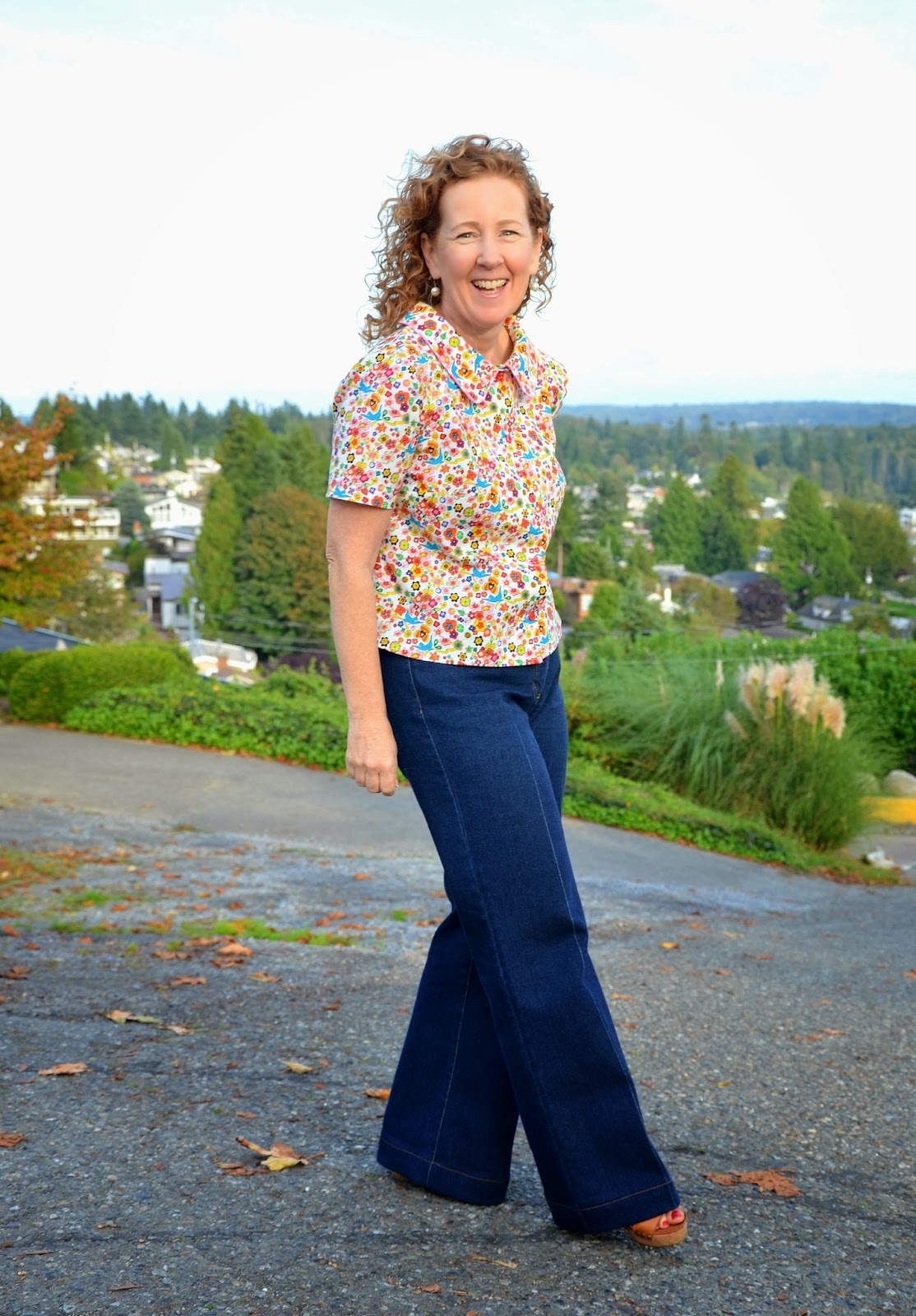 Summer 2013.  A lot of sunshine, a lot of sewing, a lot of joy.  Summer 1993…a lot of cats.  Remember this post?  The merry month of May 1993 and the arrival of five kittens.  In a postage stamp sized apartment.  Oh sure, the apartment oozed charm…it was built in maybe the thirties or forties…the main rooms were graced with inlaid oak hardwood floors, the miniscule bath had teeny white hexagon floor tiles, it had the requisite tall ceilings, mullioned sash windows, and interior french doors.  But tiny for two, never mind six cats, of which I need not remind you, were not permitted in the building.  Weather-wise, it was a lovely summer, and fortunately, as the passing days grew warmer, the cat population became lighter.  Loving homes were found for three of Oscar’s kittens, and after 8 + chaotic weeks, we were down to Oscar and two of her kittens.  Yeah, um….about that number.  I know the plan had been to keep one kitten, but I am flexible, if not practical.  Oscar, her first born tabby Eli, and Magic…a gentle giant of a kitten…had found their forever home.  Okay, okay….not physical forever home…we knew the clock was ticking.  Our days in our little apartment were numbered and time was nigh that we found a bigger, better, burger.

A friend of a friend was thrilled to noodle her way in to our small building, and we orchestrated a meet-up between her and the building owners, who lived off site.   This was good.  It would have been much more difficult if we were to be at the mercy of random showings.   I bundled up the cats, and took them across the hall to our friend’s suite.  Immediately, three cats scattered eagerly in three different directions, all inquisitive and very interested in their new surroundings.  I chatted inanely and wandered about the apartment, attempting to ensure my charges didn’t get in to trouble.  Her apartment was the mirror image of ours, and when I glanced through the french doors into her den, my jaw dropped, and I exclaimed,  ‘{Dear friend}, What happened?’  Her apartment is the picture of tidiness, and something was seriously amiss in this small room.  She noticed the alarm in my voice, and jumped up to join me.  There we stood, gobsmacked, at a loss for words…the majority of the lathe and plaster ceiling was on the floor…a royal mess if ever there was one.

The good news?  The building owners were on their way over to interview the friend of the friend.  The not so good news….the cats.  I quickly herded the cats back into their carriers, and traipsed upstairs to good friend #2.  Actually, to be technical, she was good friend #1 because she had been in the building much longer than our dear friend that lived across the hall.  But I digress.  Cats were equally thrilled with these surroundings.  Friend was beside herself with laughter.  All was good!  Friend of friend rented the apartment.  I shared with the owners the shocking news that we were moving because we *gasp* had cats.  Owners laughed, and shared that they knew pretty much all along.  All the shuffling each time they had come to the door in weeks past…all my efforts at being clandestine…for naught.  Although they have a no pet policy, it was primarily due to the fact that it’s difficult to discern a responsible pet owner versus an irresponsible pet owner.  They were quite comfortable with the mister and I housing a kitty.  The brood of six may have been a bit beyond their level of tolerance, but they were extremely gracious and kind about the whole thing.

BUT, let’s not forget the lathe and plaster ceiling.  The biggest jaw dropper for us all; me, the mister, good friends #1 and #2, and the owners was this:  The gent that lived on the second floor directly above my friend was a hoarder.  Oh yes!  A serious hoarder.  Wall to wall stuff, with barely walkable pathways from room to room.  The bathroom tap was leaking, probably had been for months, and water had collected between the floors, ultimately causing the ceiling to drop out. {And yes, it turns out that the mess of lathe and plaster we were gaping at, was a very soggy, very wet mess.}  A surprise?  I’ll say.  Cordial good mornings, a pleasant ex-wife, and a delightful child that visited on occasion.  We were all very surprised to learn the news.  And yes, he had to go.  Immediately.  As did the appliances {very, very, bad}, and the indescribable accumulation of heavens knows what.  Sad really.  And more than a little disconcerting for those of us that share a roof with others.

It was a memorable day for us all.  But, it was September, a time for change and new experiences, and the mister and I, and the three kitties, we were on our way to a new home, and to new adventures…

Okay, my outfit.  Here’s Burda pattern #7255 again.  Hope I’m not boring you.  You may remember these two fabrics from here.  I used the polka dot fabric for the inverted pleat.  This required that I cut two back pieces, and allowed me to match the pattern at the centre back.  Oooh, aaah…are you sufficiently impressed?  No?  Well, I matched the pattern at the centre front also.  Wahoo!  And yes, as promised, I did make the sleeves a little longer.  By doing so, it allowed me to make a wider sleeve hem, which I machine stitched with a double needle.  I used contrasting fabric for the under collar, and since I was finding that the collar was disappearing visually against the main fabric, I decided to edge it with piping.  For some reason, the pink polka dot piped collar tips the blouse dangerously close to pyjamas.  Oh, you didn’t notice?  Forget I said that then.  My jeans are a thrift store find and behave much like a time machine, transporting me to 1976 and all things groovy.  Phillip Lim.  I was unfamiliar with him a year and a half ago when I scored these jeans.  They fairly sang high quality and I was curious enough to do a quick google search on Phil.  I found out that tony Holt Renfrew houses Phillip Lim’s designs.  Lucky Me!  Of course, now he’s a household name, thanks to Target, and it’s an uncanny coincidence that I am modeling my Phillip Lim collection at the very moment Target is releasing their Phillip Lim collection. 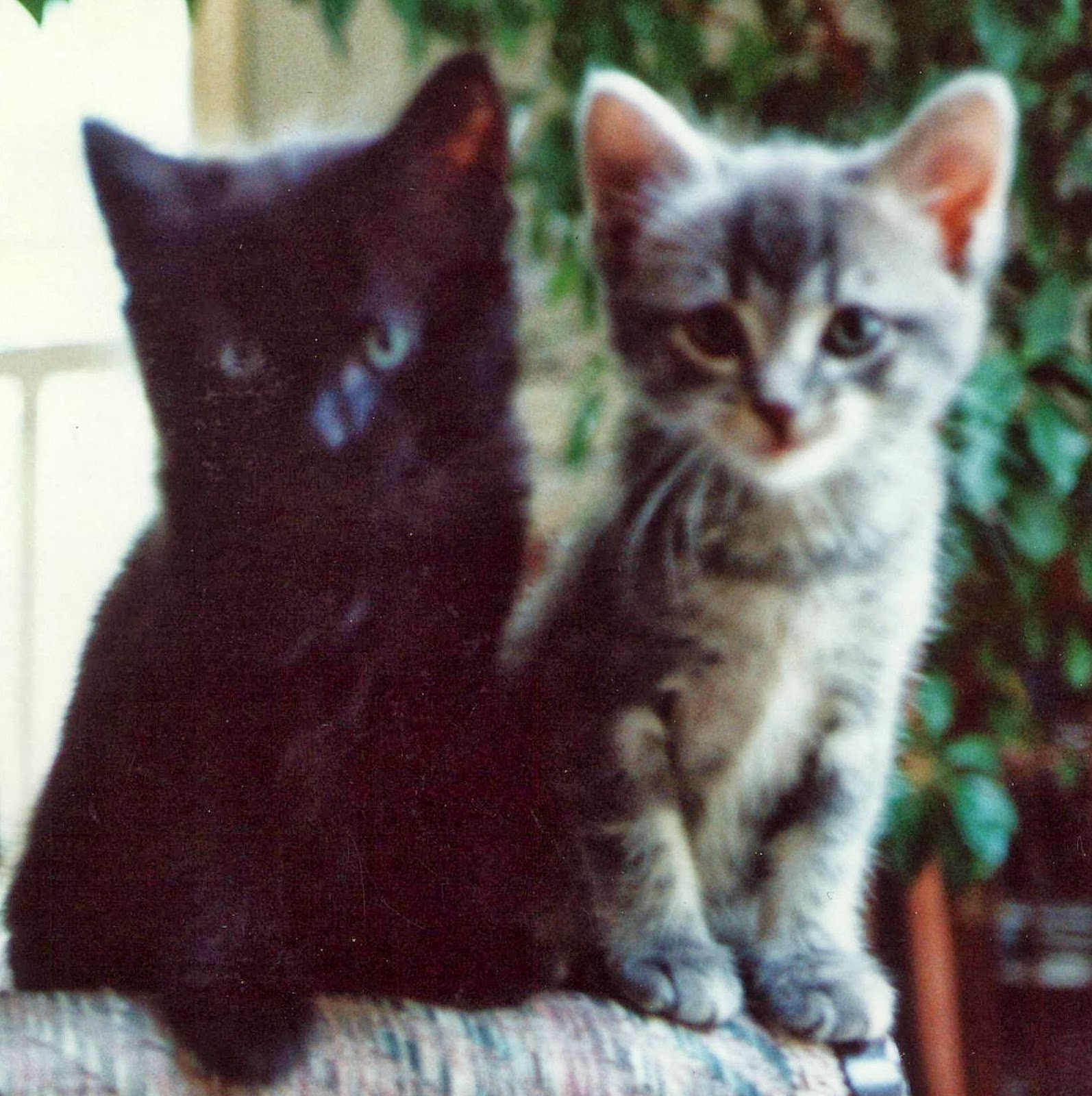 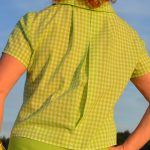 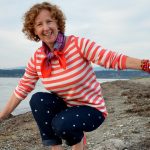 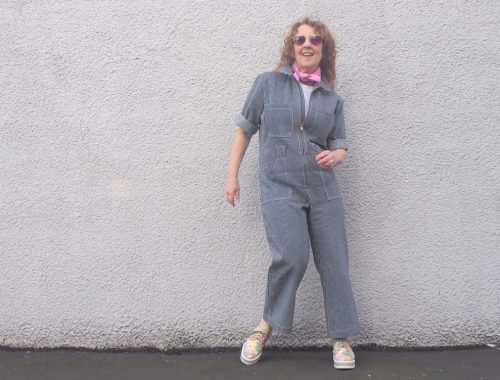 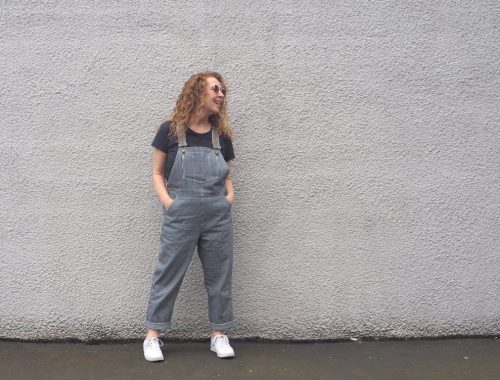 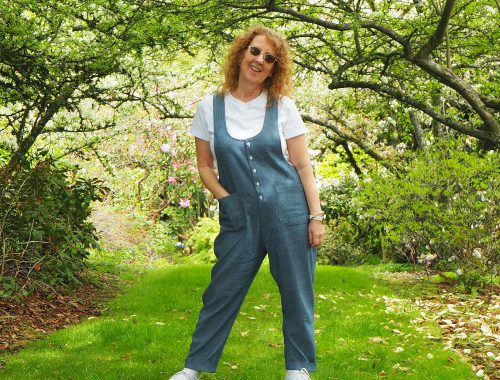 My York-Hudson Jumpsuit : : You Can Hack It : : Sew Together For Summer