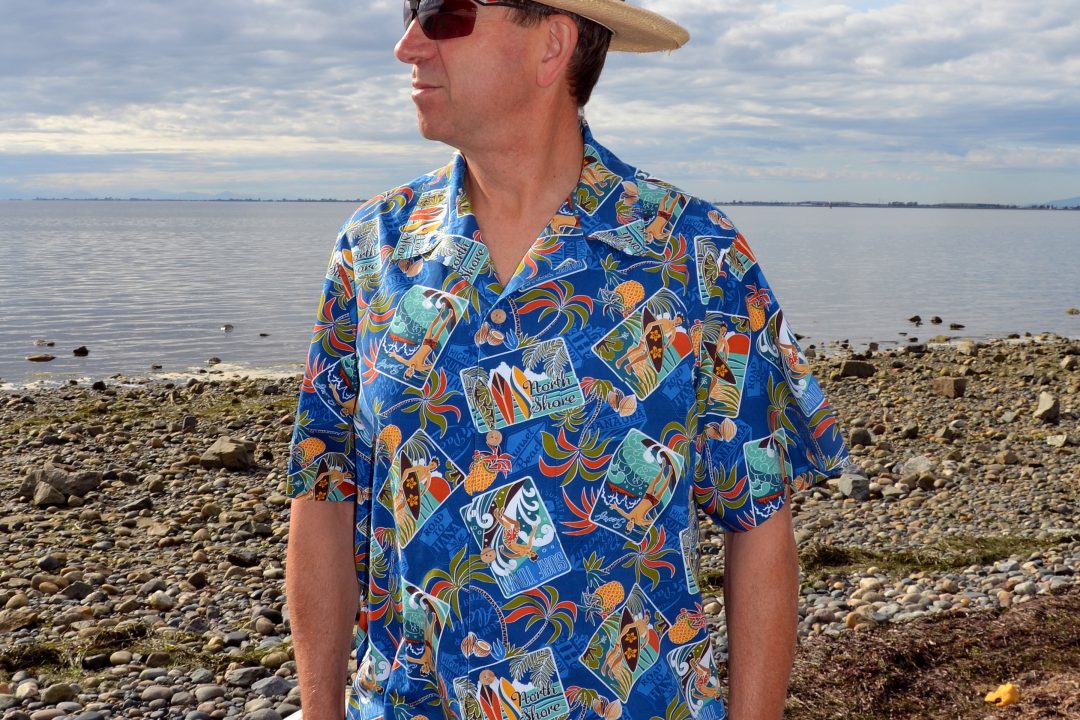 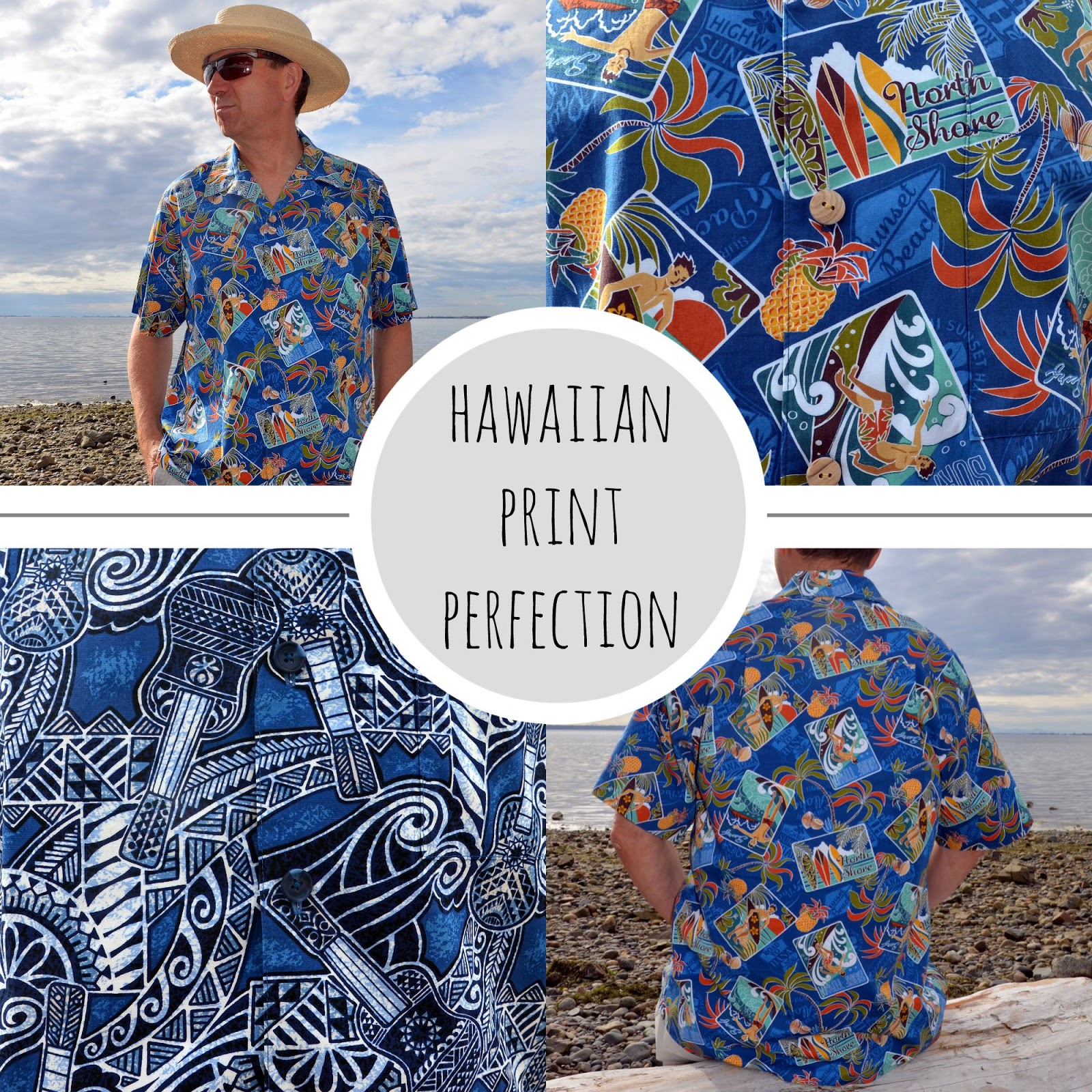 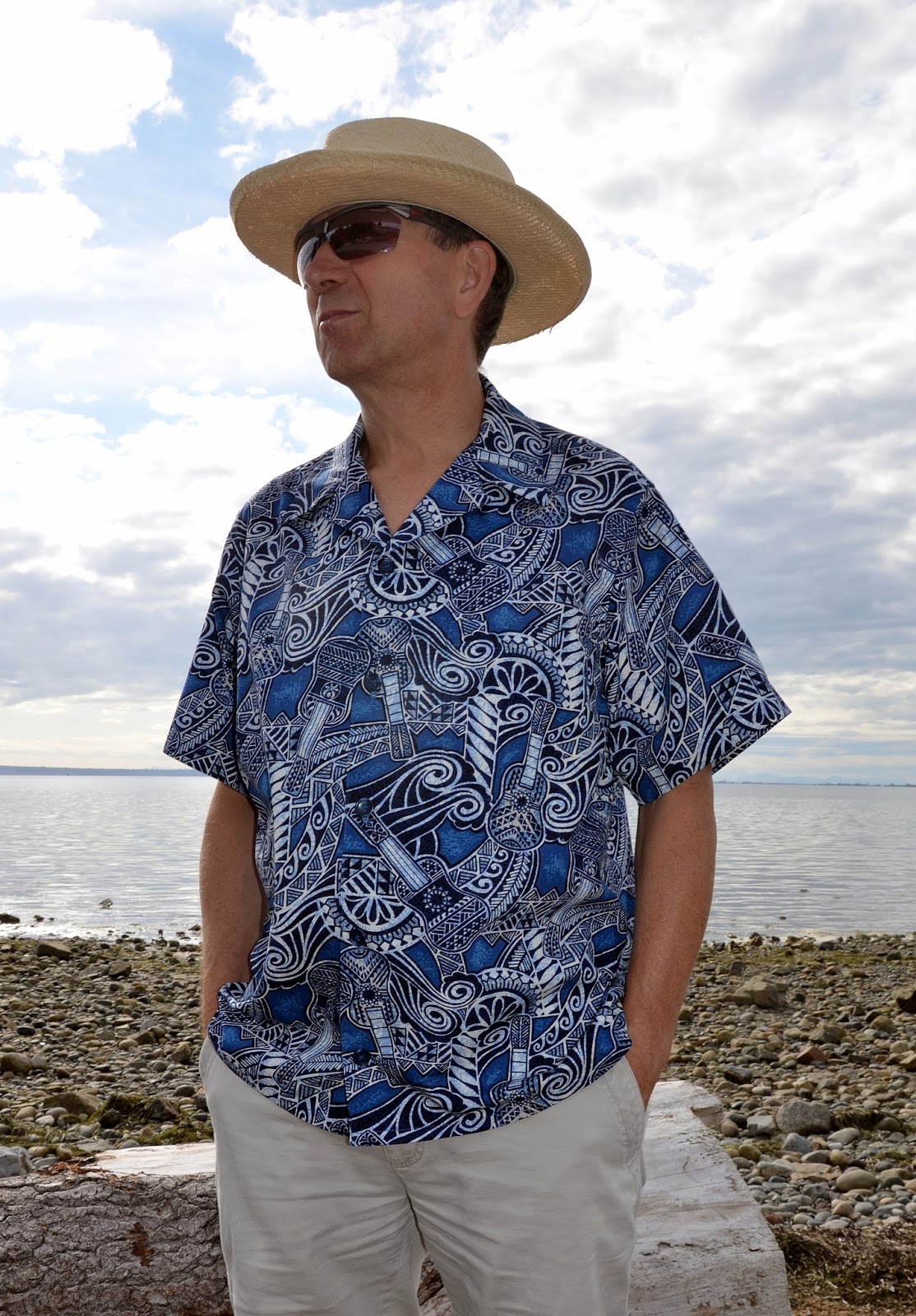 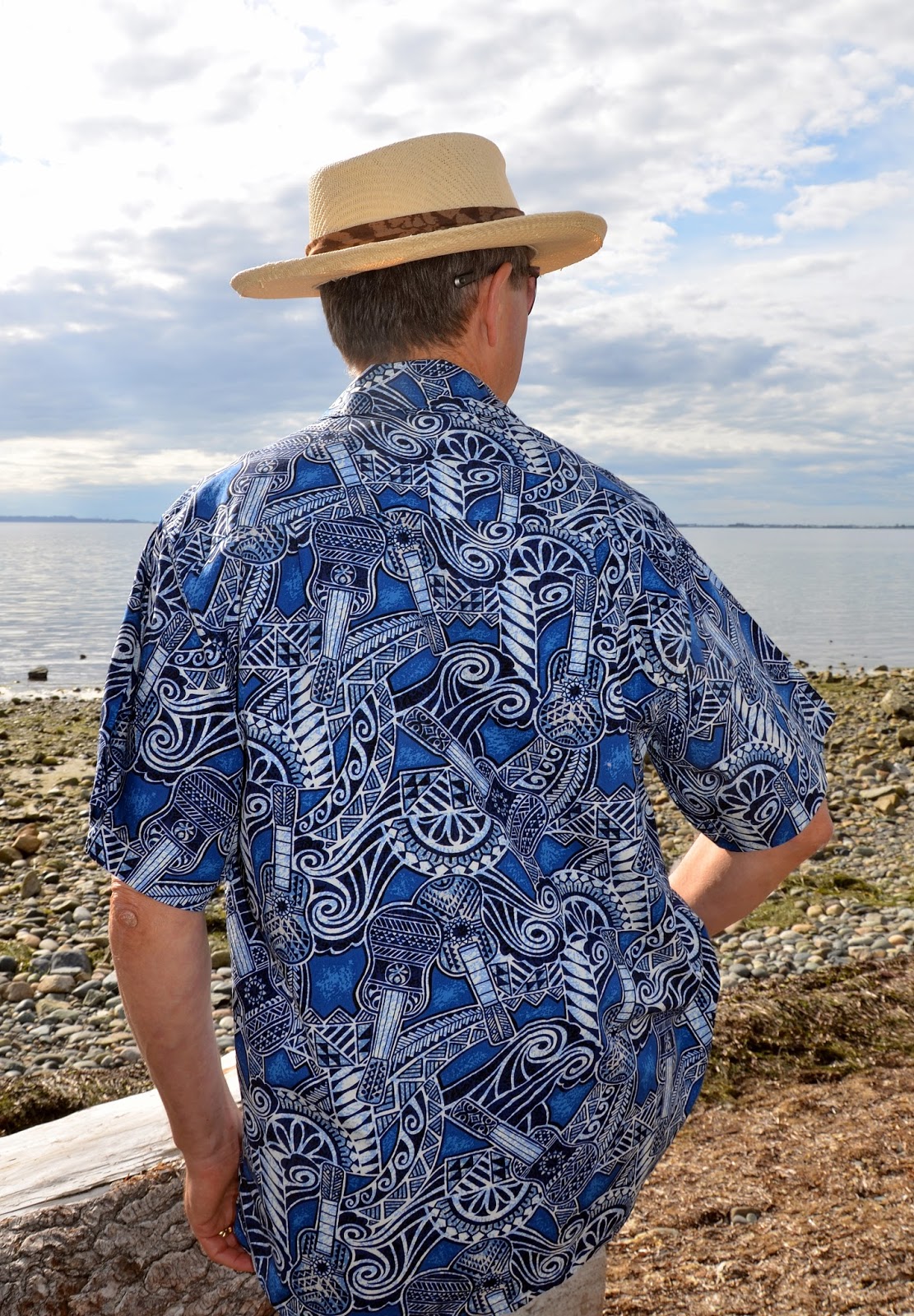 Hey you! Just me again. Well, not actually me in the pics. That’d be the mister wearing his Colette Negroni Aloha Shirts. Even though many of us are wrapping up pretty much everything summer, I wanted to show you the Hawaiian shirts I made for him back in June. It’s not often that G makes an appearance here at A Colourful Canvas…he’s usually the guy behind the camera…but a real live man-e-kin really classes up the me-made, don’t ya think? And happy me; it didn’t take much convincing to get him to model his newest Aloha shirts. Custom made to his specs, from fabric he picked out when we were in Maui last winter….he likes them, he really likes them.

I’d be remiss if I didn’t point out that sewing for one’s other is risky business. Sure, it can be an awesome bonding experience. Um…but not really. It’s much more likely to tax the stablest of relationships…deeply. When I suggested to G that I make him a couple…not just one, but two….aloha shirts, I was clearly in a haze of holiday bliss…you know the feeling….life is idyllic and suddenly you’re making promises that you just can’t keep. Fortunately…I had several months before I had to step up and stitch. So why the angst? Well, often guys think they want hand made clothing, but in reality they want their clothes to fit like they always do, and to feel like they always have, and to look just like all the others in their closet. I well remember a few years back….we went garment shopping. For the mister. The Bay, Canada’s major department store, has more than one entire floor devoted to men’s clothing. I suggested we divide and conquer….I go in one direction, G in the other; and we meet back in the same spot in twenty minutes. Ten minutes later, I am so loaded down with shirts and trousers I can hardly walk. {The stores I usually go to have shopping carts…Now what does that say about me, wonders she.} Another ten minutes goes by and G saunters up with 1…that’s one as in a single…shirt. Seriously. The only thing that gave me even a little bit of confidence making these shirts, is the fact that I’ve made this pattern for him before, and that he picked out the fabric himself.

Okay, just a few details. The fabric is 100% cotton. I used the Colette Negroni shirt pattern, made before here. I sewed the short sleeved, camp collared version, and I’m happy to report that everything went tickety-boo…whew, I mean it certainly should have….after the massive alterations I did on the first make. I had enough fabric that I could pay special attention to pattern matching…yes there is a pocket on the front of those shirts! And…that’s it…nothin’ more to add.

Thanks, as always, for stopping by. I’ve got a couple of fun projects in the works…one’s nearly finished…and so I expect I’ll be back sooner rather than later. Have a good one! 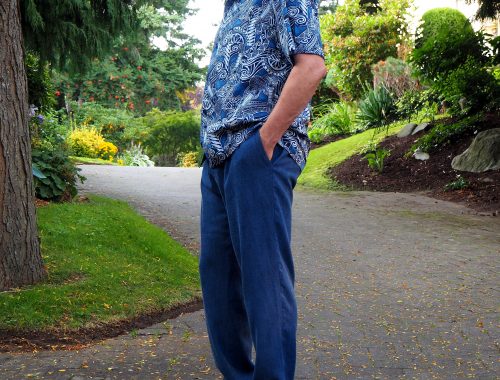 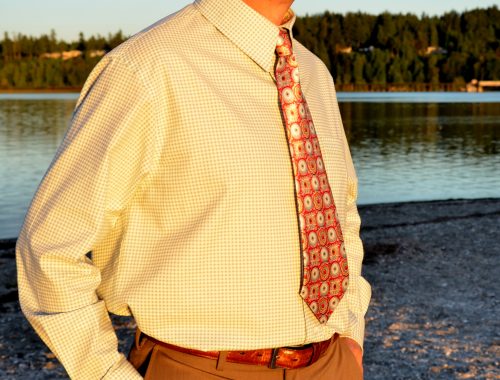