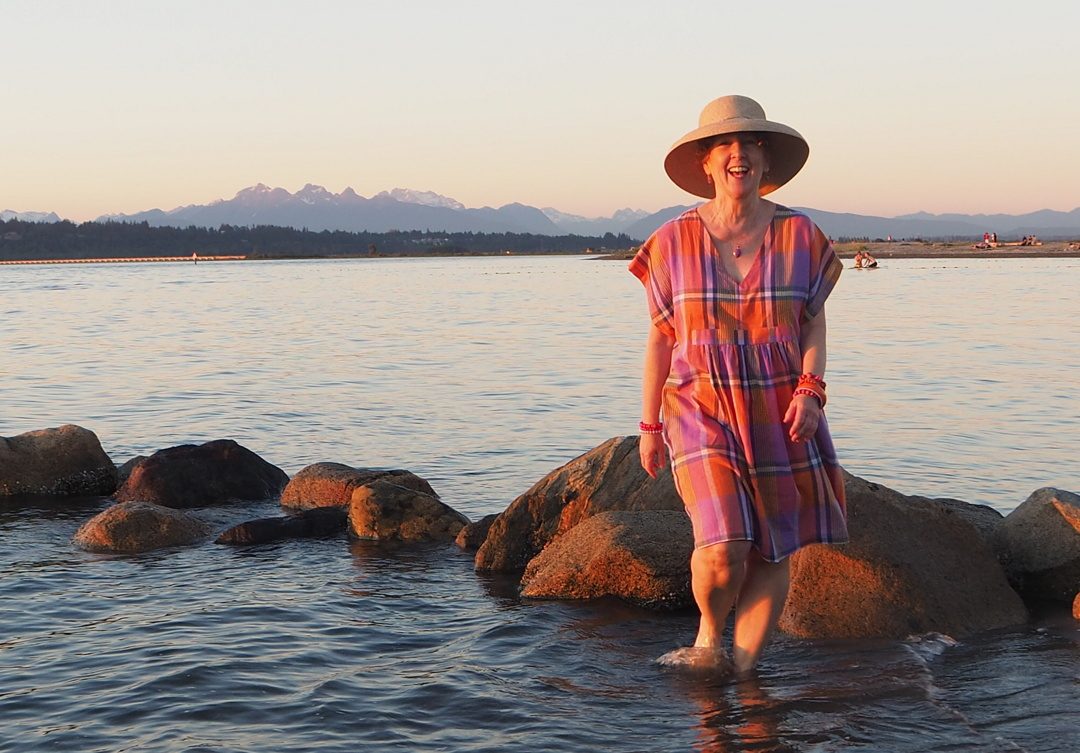 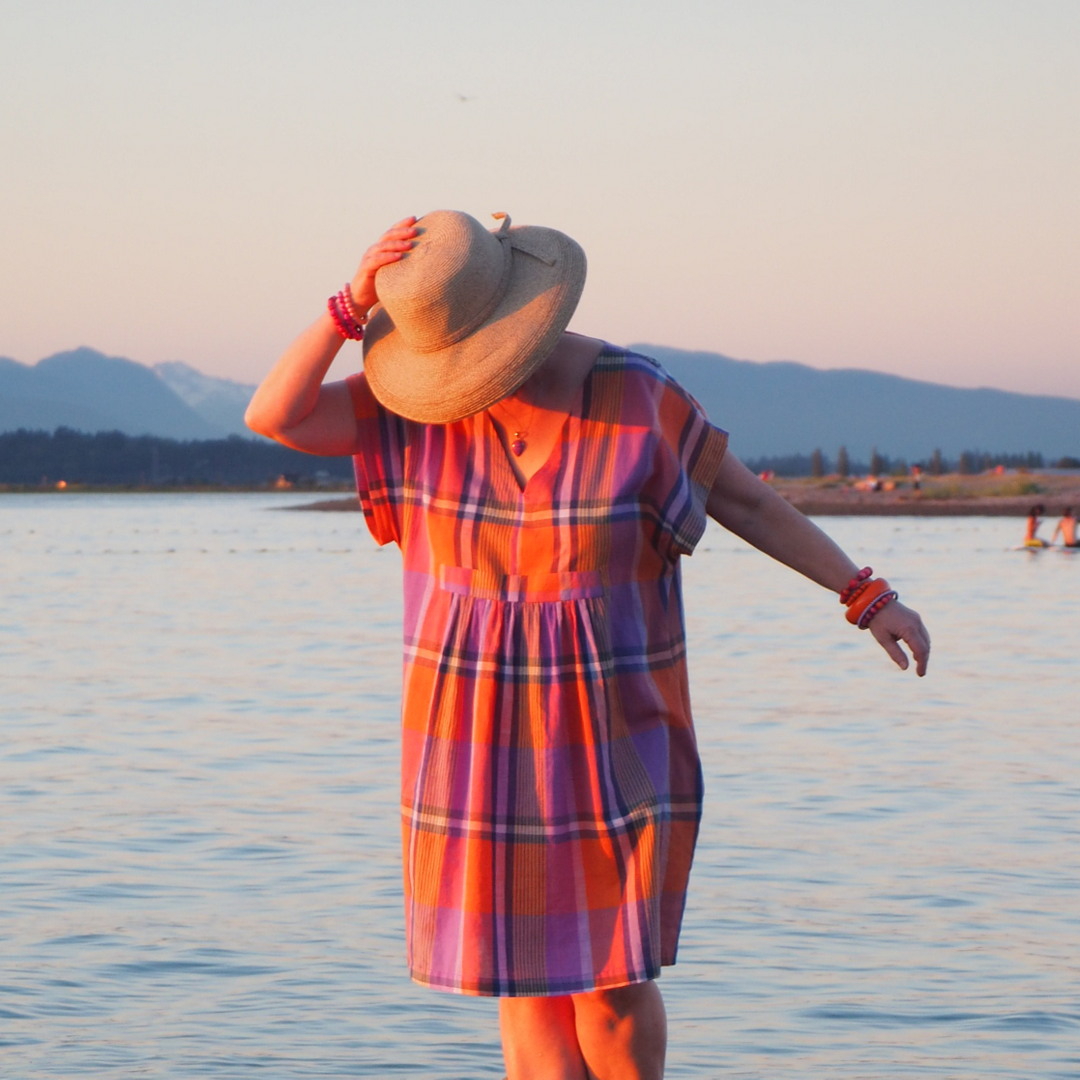 It’s like this; years ago…when I was quite certain I was a kid…summers meant ten glorious days at the YM/YWCA Camp Garibaldi. Oh the anticipation. Every year was different, yet in many ways the same. For sure there’d be new girls, a cabin change and a new counselor. But much of the staff remained unchanged for all the years I attended. It wasn’t a fancy camp, there were no uniforms, there were no horses…we were mostly just a motley crew of kids learning about diversity, and caring, and sharing.

Permitting myself to lapse into eleven year old lingo…my very most favourite camp counselor was Margo. Her full name was Margo Gram and her name could be spelled forward and backward. I don’t think I need to tell you how incredibly cool this was in the eyes of a child. As wicked cool as a palindrome name is…Margo left a second, more impressive, imprint on my young mind… 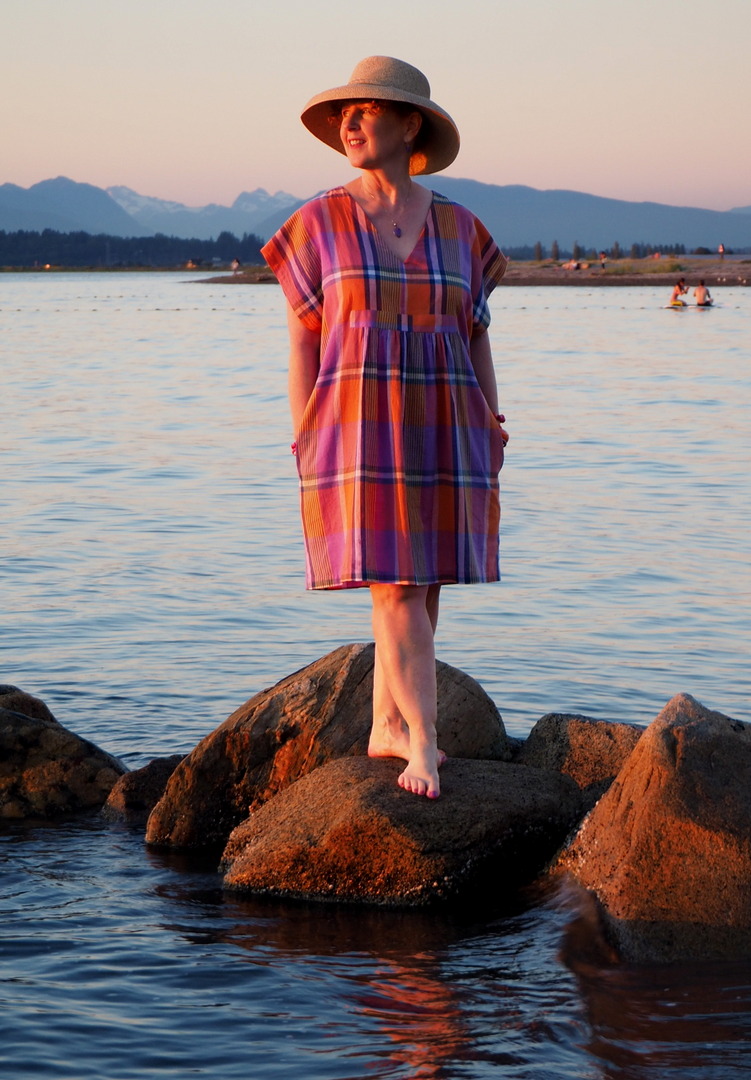 Late afternoon, without fail, Margo would ditch her denim cut offs and t-shirt and slip into the most marvelously exotic garment I’d ever seen. It looked a bit like a large robe, a rather shapeless rectangle of fabric with cut outs for the head and arms. It also had pocket openings in the side seams…except there were no pocket bags.  I remember us girls giggling and trying to peek…not to see anything…just to be silly. Sigh….she always looked ethereal wearing her gauzy white fabric. She called it a caftan. We would take turns trying it on, swanning about our humble cabin, fabric hitched up at every angle. I swore when I was grown up I would have a caftan too…

Fast forward nearly fifty years and looky me now. I’m wearing my first caftan. Yes, the Charlie Caftan by Closet Case Patterns. I made view B with the wide kimono sleeves. And yes, if you peek you can see my bra….that’s karma for ya. 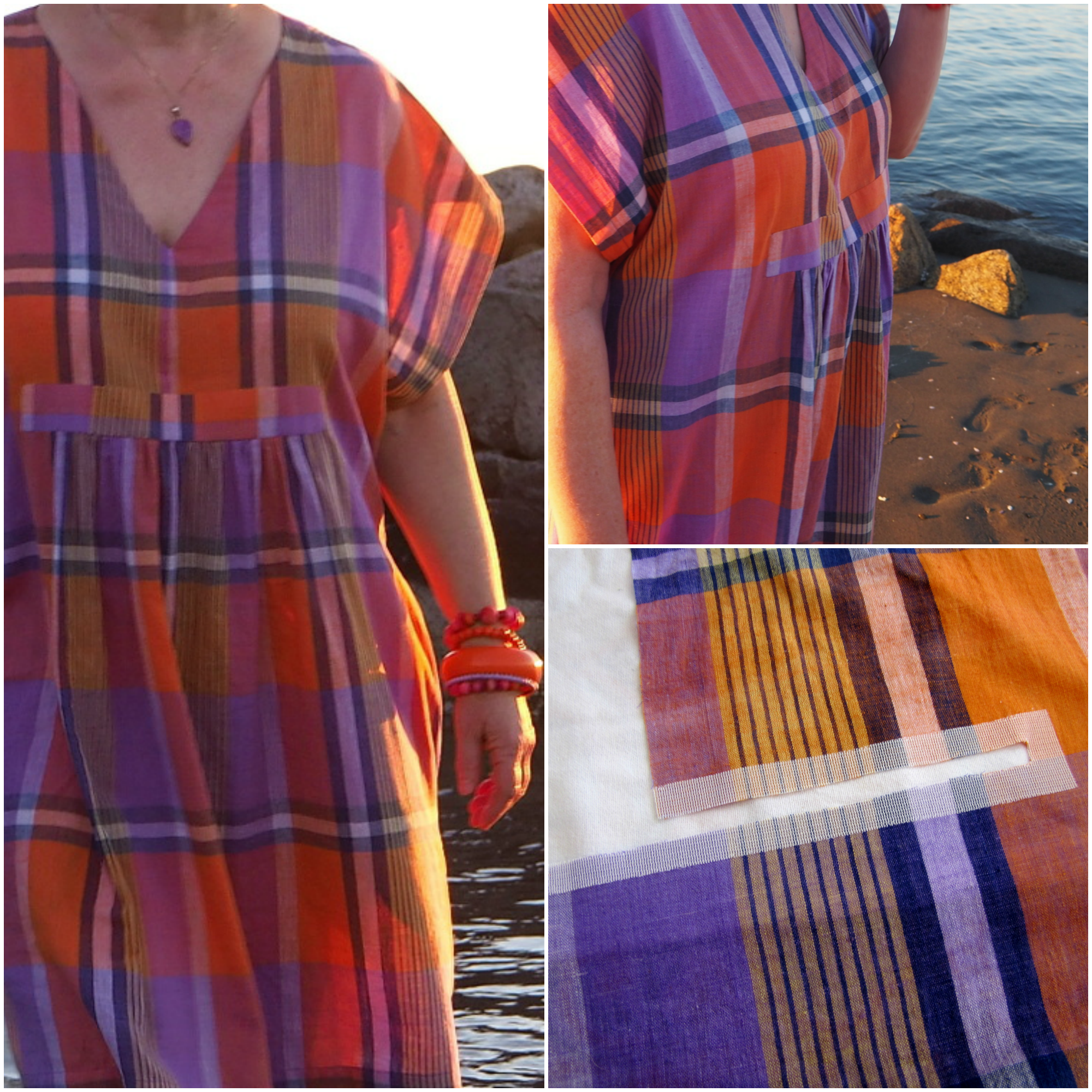 I was a pattern tester for Charlie and I found it to be a mostly easy make. That being said, if there is a tricky bit, it’s the inset center panel. Here’s what helped me. Before I cut out the narrow horizontal channel, I fused a rectangle of lightweight knit interfacing over the entire surface keeping just within the stitching lines. This stabilized my fabric and made cutting out the slit easier. It also served as a helpful sewing guideline {I sewed along the outside edge of the interfacing}.

*Please note that the inset center panel sits lower by 1″ on the published pattern.

I finished the insides with french seams and if it wasn’t for the pockets, I wouldn’t be able to tell which side is the right side. Heather’s instructions make for very tidy innards. 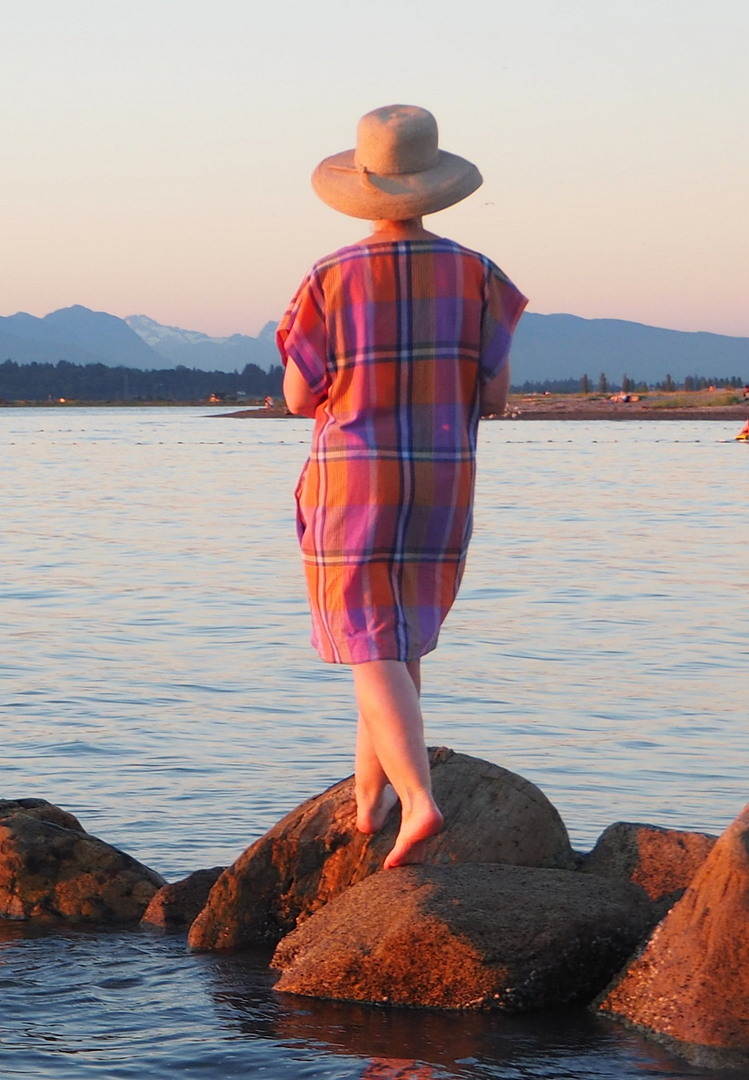 My fabric is a lightweight gauze. It may not be the ethereal white that Margo’s was…but it is a double stash buster. I’ve had it for two years and before that it was in my aunt’s stash….huh…I just realized this crazy plaid is probably circa summer camp days! 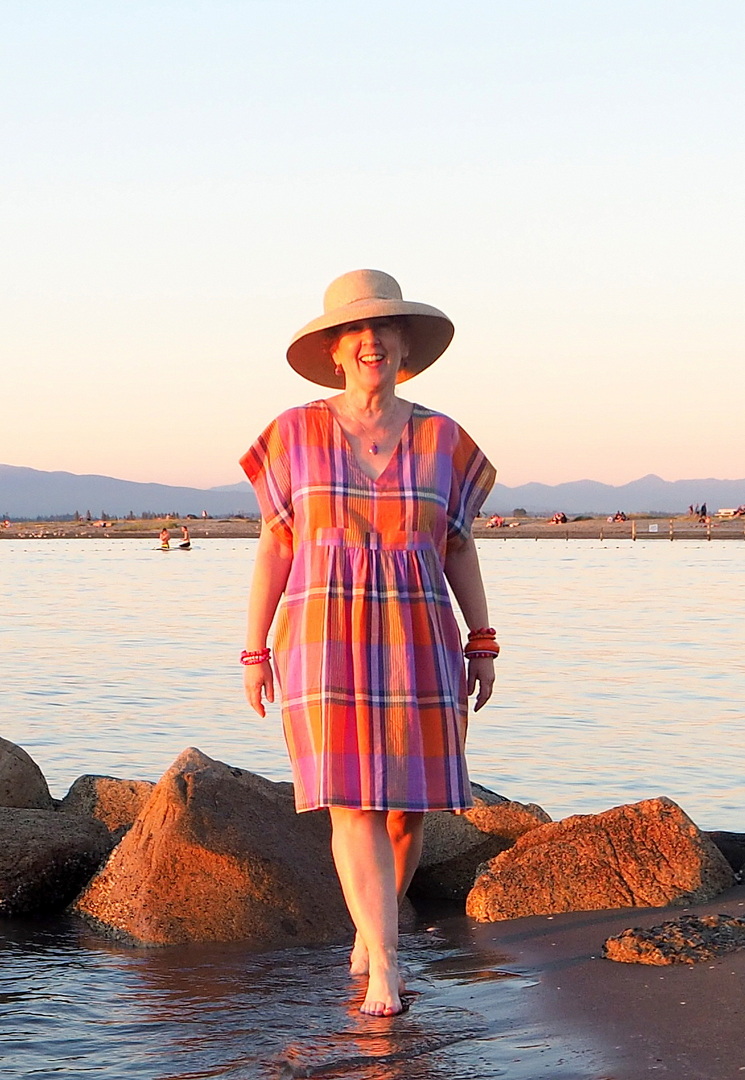 Tonight, I’m dipping my toes in the Pacific Ocean alongside eleventy hundred others. After a cold, wet spring, summer has arrived in the Pacific Northwest and none of us are taking it for granted. The timing is sweet…up until last week I was seriously thinking that I might have to take my Charlie Caftan photos indoors which would have been so wrong.

The pattern has several silhouettes, the short length that I’ve made, a side slit maxi….ooooh like Margo’s….optional self fabric ties, and two sleeve options. Me thinks another caftan will be on the cutting table soon.

Charlie of Noble and Daughter 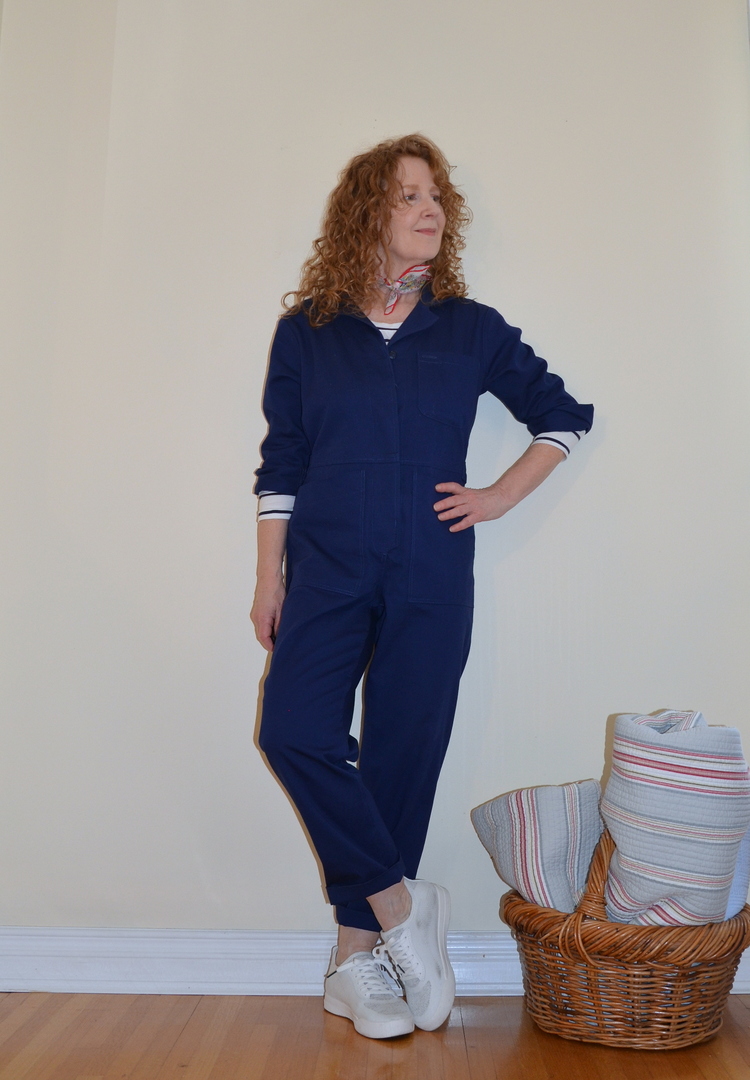 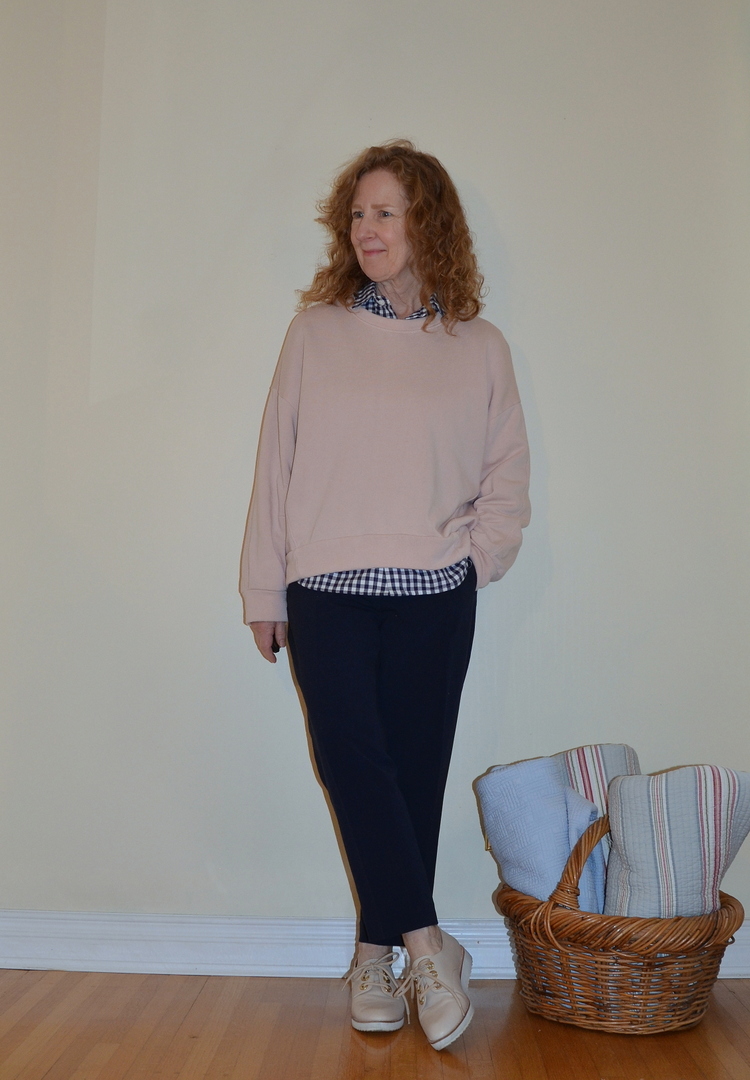 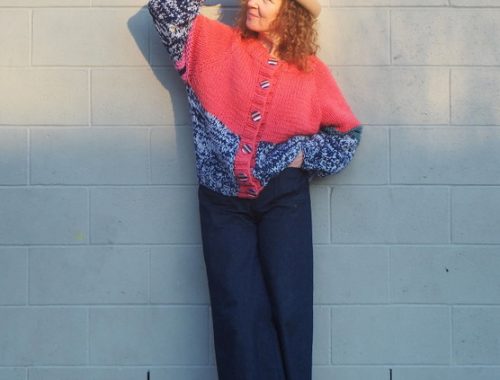